My decision to go childfree 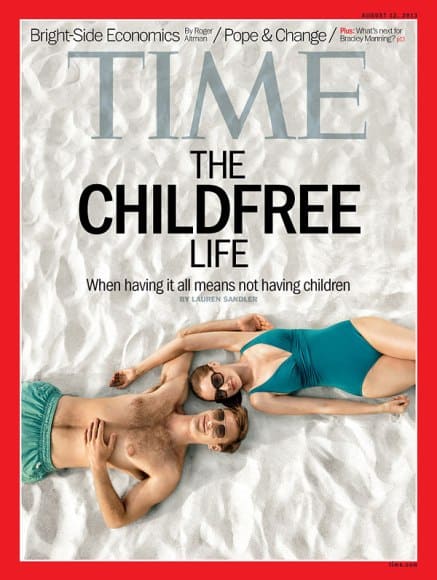 First of all, I love kids. They’re great. They’re the future. They’re precious.

They’re just not for me.

I’m not sure exactly when I decided i didn’t want any of my own. i grew up in a small community and babysat many of the neighbor’s kids regularly. I wasn’t a player in high school, but I had a few girlfriends (never more than one at a time). We did things, we went places, and we had fun.

After high school I was a bit more promiscuous, and other than a minor scare, my life was pretty vanilla. I worked. I played. And that was about it.

After meeting the woman who’d eventually be tricked into saying ‘I do’ with me, I started thinking more about my future. We moved in together fairly early in the relationship and started doing all the things you do with the person you plan to spend the rest of your life with. Traveling, fighting, making up, eating, drinking, dancing, and planning. Living and loving. People kept asking when we’d get married, and eventually, we did.

Along the way we had many discussions about children. I think in the beginning we were feeling each other out to see if we were making the right decision. Neither of us had a burning desire to have kids, but we both felt that if something were to happen, we’d figure it out. In the meantime, we were good about using birth control regularly.

We started out with a cat, then got another. Once we bought a place and changed careers, we realized we could get a dog. And we did. A few years later, we got another. People were still asking when we were going to have kids, but not as often. By this time, it was apparent that my siblings were incredibly fertile, and it wasn’t long until we had a dozen or so nieces and nephews. We love them all and have them visit as often as possible, but it’s not heartbreaking to see them go home.

This year marks twenty years of marriage for us. I was snipped five or six years ago, and highly recommend it to anyone looking for a more effective birth control. It made way more sense to get a no-scalpel vasectomy vs. having my wife go in to get her tubes tied. The snip is a relatively simple procedure, while tubal ligation is a tad more involved.

Nobody asks if we’re going to have kids anymore. We’ve watched our friends grow together and grow apart. Their kids have grown up and are now having kids of their own. The circle of life continues, and while we haven’t made a DNA contribution to society, we’ve helped our community through charitable work, education, and creating opportunities for others to do what makes sense in their world.

While I’m confident we’d be good parents, the thought of having a child of our own just never felt right. i’m fortunate to have found a partner that feels the same way.

We’ve been good about making plans for healthcare if/when we need it so we don’t need to rely on anyone else, and in the meantime, we’re simply enjoying life. Working and playing. Living and loving.

You might be shooting blanks, but you've got perfect aim.

Reward your man (or yourself) for getting snipped:

Reward your man with the gift of Prime