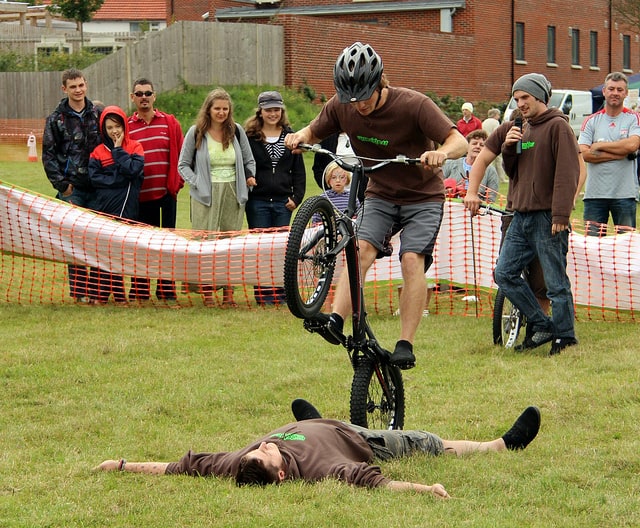 We’ve scoured the deepest, darkest crevices of the internet to find this assortment of rude, disgusting, painful, obnoxious, and inappropriate jokes related to vasectomies, but the good news is, they’re all funny AF.

Make sure to share these with your buddies before they get snipped or after the stitches have come out – we won’t be held responsible for someone laughing so hard their nuts break.

What does a Christmas tree and a man who’s had a vasectomy have in common?

After the birth of their 9th child, a redneck couple decided they’d had enough because they couldn’t afford a larger bed.

The husband went to the veterinarian and asked to be snipped. “Me’n ma cuzzin don’t want nomore kidlets”

The vet told him he could get a vasectomy, but it was expensive.

“There is a cheaper option,” said the vet. “Go home, find yourself a cherry bomb, light it up and put it in a Coors Lite can, then hold the can up to your ear and count to 10.”

“I ain’t no rocket surgeon,” said the redneck, “but how’s that gonna help us?”

“Trust me” said the vet.

So the redneck went home, shotgunned a beer then stuffed a lit cherry bomb in the empty can. He brought it up to his ear and began to count:

Once he got to five, he stopped for a second, put the can between his legs, and resumed the count on his other hand.

After the birth of their third child, Chris and his wife decided it was time for him to get a vasectomy.

The only doctor they could afford was barely competent and rarely sober, but since he was the only option, Chris booked the surgery.

While doing the vasectomy, the doctor slipped and cut off one of Chris’ balls. To avoid another malpractice suit, in his drunken stupor he decided to replace the missing ball with an onion from his post-snip martini.

Several weeks later, Chris came in for a checkup.

“Pretty good, but I’ve had some weird side effects.”

“Well, every time I piss my eyes water. After sex, my girlfriend’s breath is horrendous, and on the rare occasions that my wife goes down on me, she gets heartburn before she can finish, but the weirdest thing is that every time I pass a hotdog stand, I get an erection.”

Just say no to HMO

Two men are in a doctor’s office, waiting to get a vasectomy.

A nurse comes into the room and tell the men to strip and get into their gowns, letting them know she’ll be back soon to prepare them for surgery.

A few minutes later, she comes into the room where the first man is waiting. She puts on a glove, adds a dollop of lube, then reaches her hand into his gown and begins to gently stroke him.

Startled, the man asks, “Uh, I know what you’re doing, but why?”

The nurse replies, “We have to make sure that all of your sperm is out of your system before we can complete the procedure.”

The man nods OK, leans back and enjoys the procedure.

To which she replied, “He’s got better insurance.”

What’s the difference between the scrotum and the prostate?

I don’t remember exactly, but I’m pretty sure there’s a vas deferens

Time for a snip

One day, after a man had his annual physical, the doctor came out and said, “You had a great check-up. Is there anything that you’d like to talk about or ask me?”

“Well,” he said, “I was thinking about getting a vasectomy.”

“That’s a big decision,” said the doc. “Have you talked it over with your family?”

Top Ten Worst Things to Hear During Your Vasectomy

10 – “hmm, looks like we’ll need to call the pediatrician in for you”

9 – “I was the fastest knife in my entire veterinarian school”

5 – “Oh shoot, not again. My malpractice premiums are going to go through the roof.”

3 – “Now remember to leave half of your pain pills here with me, for uh…safekeeping”

1 – “Guess if you had a mirror, you’d realize you don’t need a vasectomy.”

And remember – when it comes to a vasectomy, you ain’t broken – you’re “fixed”!